Rock & Roll in the Big Smoke, then on to the home of one of the biggest Bands ever, and finally to a City that shaped the World’s Music Scene forever. 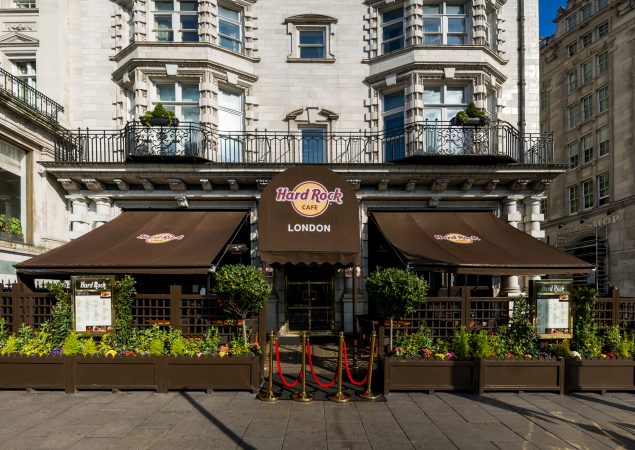 Rock & Roll in the Big Smoke and experience the rich music history of the Countries Capital.

Arrive in London and check into your hotel; The Hard Rock Hotel. Previous residents include Jimi Hendrix, Diana Ross, Bob Dylan and Buddy Holly. This hotel is steeped in musical history demonstrated through its extensive memorabilia collection. Making it the perfect base for the first leg of your British Music Cities Tour.

First opening its doors in 1954, this original coffee club, bar and restaurant helped launch the career of the iconic Bob Dylan, Led Zepplin. They used to jam here after some of their shows which saw legends such as Elvis Costello, Sammy Davis Jnr, Paul Simon and Rom Robinson headline its stage. More recently stars such as Adele and Ed Sheeran have played in the bar and live music can be enjoyed most nights; the perfect venue for an evening meal.
Optional visit to the Troubadour Club and restaurant. This original 1954 music heritage venue helped launch the career of Bob Dylan and Sammy Davis Jnr.
(Book in advance, entrance fee is not included.)

Morning: Handel and Hendrix in London:

Visit the restored homes of Handel and Hendrix; separated by a wall and a mere 200 years are the homes of two musicians who chose London and changed music.
See the house George Handel called home from 1723; step into his Music Room, Composition Room, Bedroom and Dress Room. Fast forward 240 years and separated by a wall is Jimi Hendrix’s flat. Using the many photo shoots that took place here in 1969 combined with the memories of his former girlfriend Kathy Etchingham; the flat is just as Jimi would have known it. Hendrix created this colourful room to be his escape from the real world outside and considered it to be his “first real home of ‘his’ own.”

Step onboard our Classic London Rock Legends Tour. This incredible tour will take you to over 70 fantastic landmarks including recording studios, clubs and gig sites. They are all relevant to the history of some of the world’s most iconic stars from the 60s, 70s and 80s such as the Beatles, Rolling Stones, Jimi Hendrix, Eric Clapton, Led Zeppelin, Queen, Pink Floyd, David Bowie and Bob Marley. You will see the Apple Studios former HQ, Abbey Road Studios and even have the chance to walk across the world’s most famous pedestrian crossing; used for the cover art of the Beatles album Abbey Road.

Enjoy dinner in Eric Clapton’s favourite restaurant; try one of their mouth watering dishes whilst sat amongst the memorabilia of legends throughout the years including Eric Clapton’s guitar, originally used to reserve his table and Elvis Presley’s cloak and coat.
Also receive complimentary entrance to the Hard Rock Vault – ‘a treasure trove featuring the most valuable and impressive memorabilia from around the world.’

The home of one of the biggest bands in Musical history. Find out the story of the Beatles and much more.

Taking your first class seats, travel from London Euston Station to the magnificent city of Liverpool. Enjoy light refreshments and snacks served straight to your seat throughout the journey.

Experience the history of British Music through costumes, instruments, performance and memorabilia. View outfits worn by everyone from Dusty Springfield to the Spice Girls., musical instruments played by some of the world’s most renowned artists from Noel Gallagher to the Sex Pistols and memorabilia from icons such as the Beatles and Adele. This interactive exhibit will give you the opportunity to learn to play an instrument, practise some classic dance moves and record your own record.

Evening: Optional Visit to the Jacaranda

This iconic pub is where ‘The Silver Beatles’ were given the chance to perform and were paid in coca cola and beans on toast, it is also where John Lennon first introduced the band as ‘The Beatles’ before heading to Hamburg.
The basement is exactly as it was in the 1950s – a space for aspiring bands to practise and perform. The pub is home to a restored 1948 voice-o-gram. One of only 3 in the world, it allows you to make your own records and press them to vinyl.

Day 4: Wednesday – The Beatles Story and the Magical Mystery Tour:

Enjoy breakfast in Blakes; the unique ‘Sgt Pepper’ inspired restaurant at the hotel where you we will be surrounded by the 66 famous faces who adorned the album cover including Marilyn Monroe, Adolf Hitler, Oscar Wilde and Jesus Christ.
Then visit the award winning exhibition: ‘The Beatles Story.’ Home to the world’s largest collection of Beatles memorabilia, this immersive journey tells the story of how “four young lads from Liverpool were propelled to the dizzy heights of fame and fortune from their humble beginnings.”
Tour the museum at your own pace with a ‘Living History Audio Guide,’ passing through replicas of monumental locations such as The Casbah Coffee Club, Matthew Street and The Cavern Club.

Journey into the swinging sixties with a ticket to ride on the Magical Bus Tour. Whilst listening to the Beatles back catalogue, this 2 hour tour will take you to all the places associated with the ‘Fab Four.’ You will get to see where John, Paul, George and Ringo grew up, met and formed the band which took the world by storm including Penny Lane and Strawberry Fields.

New Magical History Museum owned by Roag Best the brother of original Beatles member Pete Best. This museum holds one of the largest authentic Beatles collections in the world; spanning over 3 floors with over 300 authentic, unique and original items from 1959-1970 this is a fantastic experience for any Beatles fan.

Dinner can be arranged at the themed music Festival Restaurant opposite the Cavern Club; “A fusion of Brasilian tastes and rhythms together with a blend of Liverpool humour and music history

Spend the evening in “The most famous club in the world,’ which saw the Beatles perform over 200 times. With live music every evening and a fantastic atmosphere The Cavern Club is the perfect way to spend your last night in the city that gave the world the Beatles. 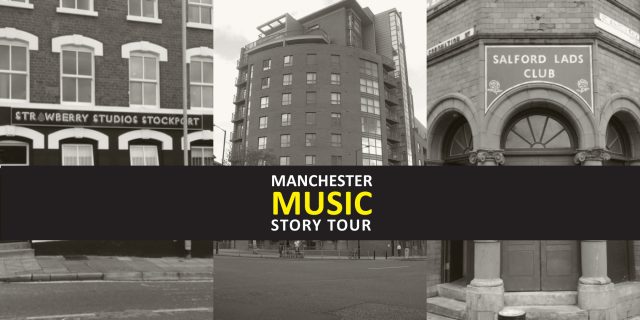 This cities unique sound shaped the World’s music scene in the 70s, 80s & 90s. See the popular former locations and hear the stories that defined an era.

This original basement venue is where The Beatles first performed and launched their career over 40 years ago. Opened by Mona Best, mother of original Beatle Pete Best, the band (then the Quarrymen) made this place their own and lent a hand in decorating the basement in their own unique style– much of which can still be seen adorning the walls today. After visiting the place Paul McCartney described as “our own personal club” your driver will transfer you to Manchester.

You will have some free time to explore this wonderful ‘city of firsts.’ Steeped in extraordinary history there is no shortage of things to see and do; The Town Hall, old libraries, iconic warehouses, museums, art galleries, shopping, pubs and two world famous football clubs.

Located in the trendy Northern Quarter, this bar is “where tomorrows stars come to play and legends of the past have graced.” Arctic Monkeys, MGMT and Mumford and Sons have all played here. (Book in advance, entrance fee is not included.)

Enjoy a 3 hour escorted bus tour discovering how Manchester’s unique sound shaped the worlds music scene in the 70s, 80s and 90s. Follow in the footsteps of legends, see their former homes and hear the stories of The Hollies, , Herman’s Hermits, Bee Gees, The Smiths, Morrissey, Oasis, Joy Division, New Order, Simply Red,10CC, Thin Lizzy, Stone Roses and Happy Mondays.  See the home of Factory Records and the site of the world famous Hacienda Nightclub – heart of the ‘Madchester’ movement.

Enjoy a lunch or dinner amongst rock regalia. Including David Bowie’s set list from the Glass Spider Tour and Liam Gallagher’s guitar.

Optional: Evening at ‘Band on the Wall.’

This unique music venue is so named because bands used to play on a stage halfway up the wall to make room inside the busy pub. It saw names such as the Buzzcocks, The Fall and Joy Division play on its unusual stage.

Transfers can be arranged either to Manchester Airport or other destinations within the UK. (Please enquire for prices.)

Where will I be staying?